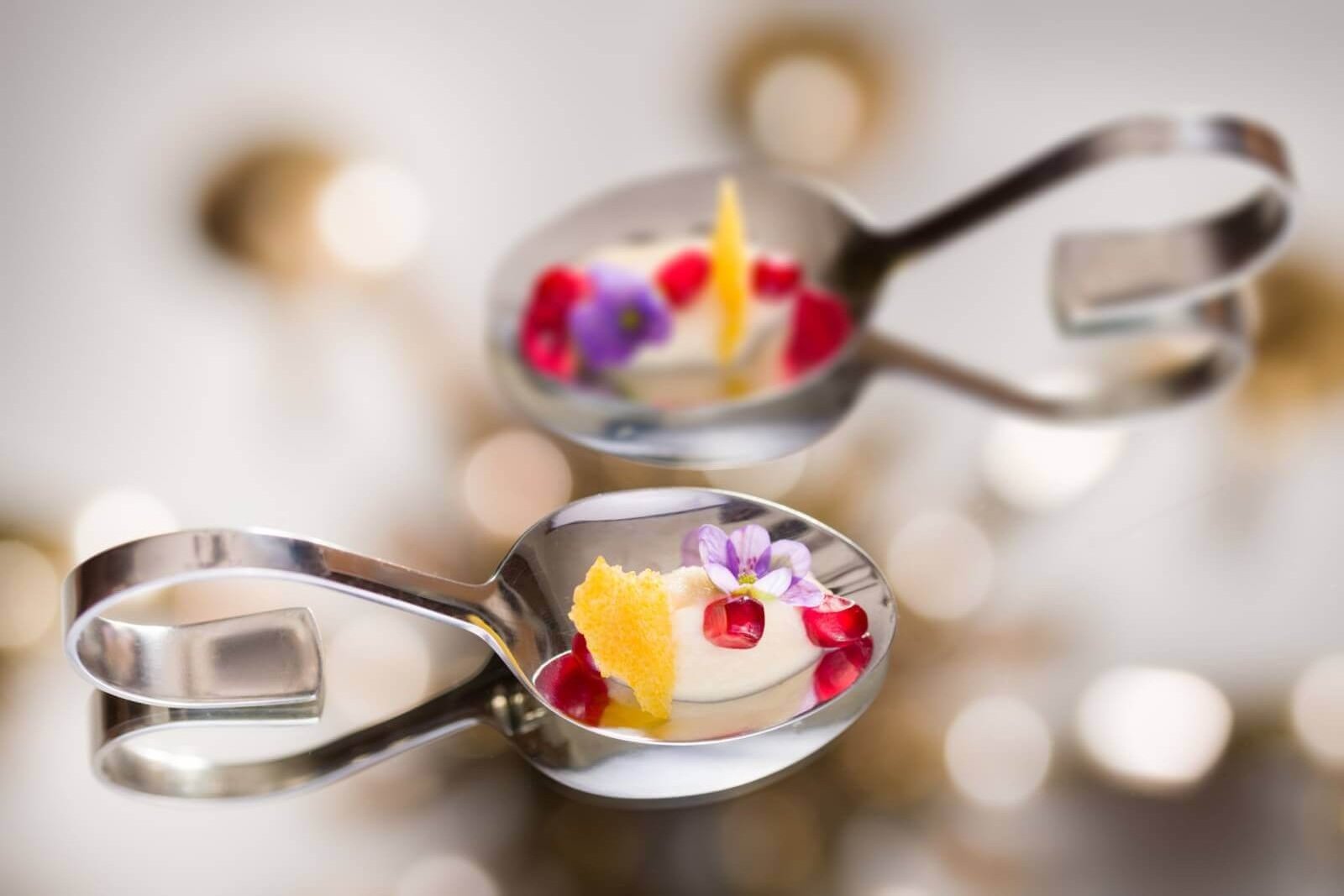 A top gourmet experience in the Upper Savinja Valley. If you like to get to know the world through cuisine, we offer you an unforgettable visit to the Planinka restaurant in the alpine part of Slovenia. Chef Luka Peternel, who swears by local ingredients and genuine creativity, impresses the most demanding gourmets! Let us take you through selected Slovenian delicacies and gastronomic masterpieces. At the same time, discover famous Slovenian and foreign wines in our wine years! Experience original cuisine among the alpine peaks, where nature and culture come together on plates. We invite you to a new culinary experience accompanied by top wines.

In our restaurant, the safety and comfort of the guest means a lot to us. We provide you with individuality and table preparation in your private space or on the summer terrace. Due to the personal approach, reservations are required.

The Planinka restaurant is run by Chef Luka Peternel. After gaining experience in a Belgian Michelin-starred restaurant, he devoted himself to working in his hometown. He uses the best local ingredients when creating his plates. With his creations, he conjures up the authenticity of the environment of the Upper Savinja Valley for every guest.

I have been saying since I was a child that I would be a chef and so I became one, because the desire was really great. The first time I entered the kitchen, the chef Marjan Jeraj told me: “Have an excursion today and see everything in the kitchen, we will start cooking tomorrow”. Thus began the accumulation of knowledge, which I drew to a great extent. I went to the high school for hospitality and tourism in Novo mesto, where I also continued the higher vocational school and successfully completed it. While studying, I met Robert Gregorčič – Oštarija Herbelier, who opened a new perspective on what I am doing now. After studying, I also upgraded my knowledge abroad, at the La Truffe Noire restaurant in Brussels with Chef Erik Lindelauf. After returning to my hometown, I transferred my knowledge to the kitchen of the Planinka hotel and started creating my own plates.

There are certain journeys that are always worth your while – no matter the weather and the season. How about a short trip to Hotel Planinka’s wine cellar – where bottles of local Slovenian and international wines are stored? From table wines to the most precious gems the vineyards of the world have ever produced. Our small wine cellar is ideal for pampering your guests in a very special ambience.

If you want to visit our restaurant, please book a table in advance!

By prior reservation for groups we agree on your arrival time!

You are invited to book your table online

Please kindly note that our restaurant is closed on the following dates: 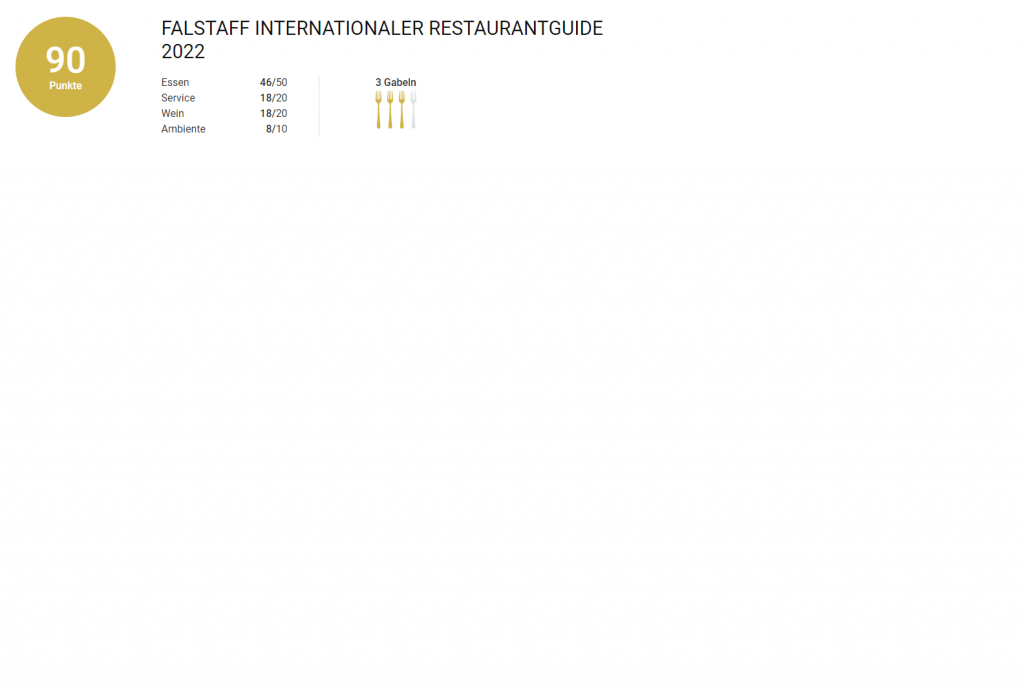 Breakfast in bed with a cup of fresh orange juice and slices of warm homemade bread, a refreshing shower in a bathroom, a gourmet candlelight dinner with select wines and in morning walk along the river waking up to the sound of birds chirping. Everything is right here at Ljubno ob Savinji. Especially for you in hotel Planinka 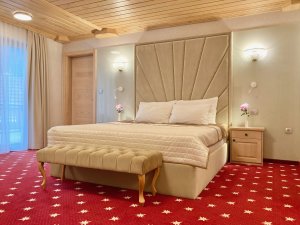 The elegance of the suite continues on the spacious terrace, perfect for relaxation and hearing to sound of birds chirping.
More about this 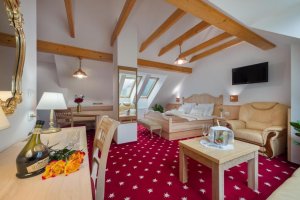 The spacious and luxurios Junior suite overlooking the ski jumping hills features a 40 sq meters of space and enjoys open-concept of living and sleeping area. Carefully chosen furniture in light brown colours and of natural materials creates a calming and safe atmosphere. Cosy bathroom with a bathtub and rain shower will impress just about anyone with its tiny details. Located in the second floor, decorated with traditional decor and positioned with a magnificent view of the mountains, the Junior suite will delight you. One suite can accommodate 4 people.
More about this 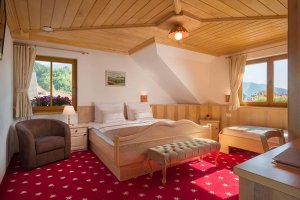 The absolute harmony elegance and spaciousness is experienced in the Triple room. The greatest comfort imaginable is ensured by the bedroom furnished with natural materials in wooden colours, overlooking the Upper Savinja valley. Bathroom with a rain shower will impress just about anyone with its tiny details. The air-conditioned rooms are all equipped with modern facilities: Wi-fi Internet access, a telephone and a mini-bar. Rooms are located in the first and second floor. Triple room enjoys one king bed size and one single bed or three single beds. The tranquillity of the rooms, offering a view over the old town centre and the nearby mountain peaks, will enchant you.
More about this 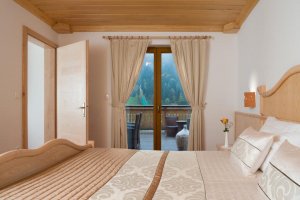 Superior double rooms with balcony, furnished with local wooden furniture and decorated with selected items, offer a pleasant stay and a beautiful view over the valley and old town. Bathroom with a rain shower will impress just about anyone with its tiny details. The air-conditioned rooms are all equipped with modern facilities: Wi-fi Internet access, a telephone and a mini-bar. Rooms are located in the first floor. Enjoy the superior comfort of the spacious chamber with a king or twin sized-bed, a working table and chairs, flat screen TV and safe. The spacious balcony has a seating area provides everything necessary for total relaxation that will recharge your batteries and get you ready for new challenges.
More about this 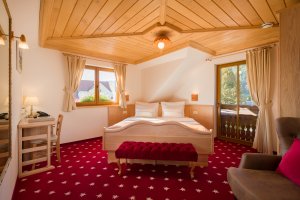 Double rooms with a calming view over the Upper Savinja valley enjoys a king or twin-sized bed, bathroom with a rain shower and equipped with modern facilities.
More about this
1 / 5